How The Eclipse Proved Me Wrong 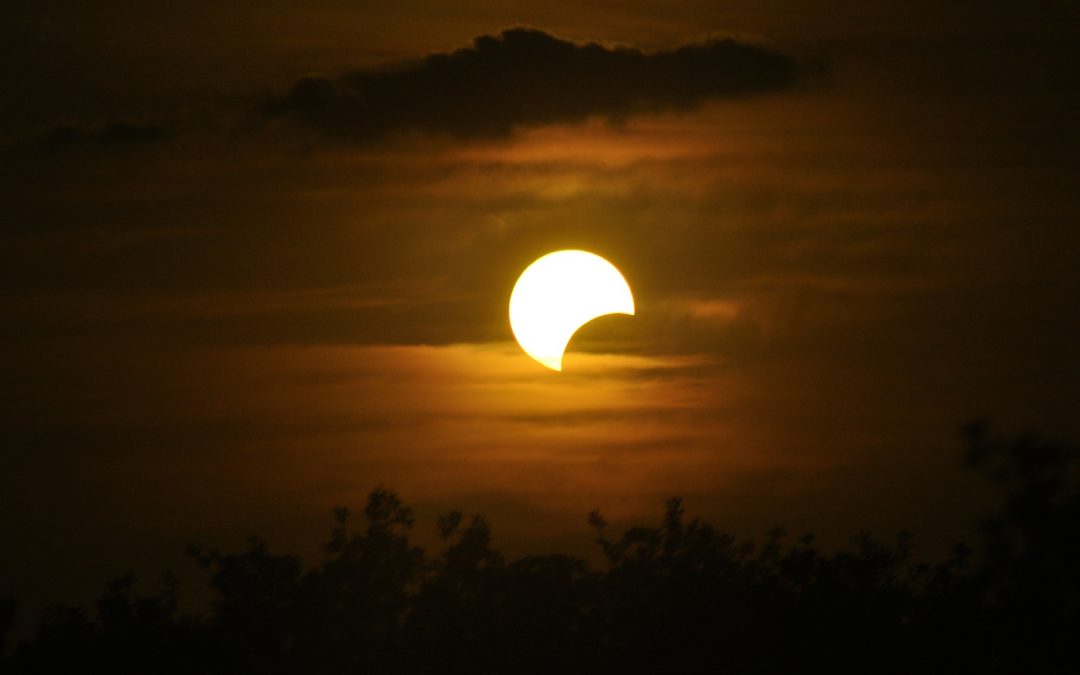 I love seeing new things. Routine is comfortable, but it dulls the senses. A new place comes with sights and smells and flavors that bring everything back to life. That to me seems like magic. So a while back when my husband’s work offered us a trip to California I was all in. It was late December in Minnesota and we were heading to the iconic sunshine state I’d heard so much about but had never been to.

We are home bodies who don’t travel often, but when we do I’m tempted to throw an elbow in order to get a window seat. Which is lousy news for my husband when it is just us traveling because that puts him in the center seat which no tall guy wants to sit in. Nonetheless, I love the window seat and if I get a pilot who also feels the desire to play tour guide all the better. So when the pilot came over the speaker to let us know that out one side of the plane was a view of the Grand Canyon  I was more than a little envious to be on the opposite side of the plane.

Most people had their window shades pulled down to block the sun. I’m sure the glare made Candy Crush a challenge. If there was an air marshal on board he should’ve sprung into action when only three people opened their shade to take in the spectacular view. I was infuriated. What a waste of window seat fillers. It was incomprehensible to me that they weren’t interested in looking at a great natural wonder. No screen so important. No best-selling book that can’t be set down. For the love of God, people let nature steal the show. When does the Grand Canyon become ordinary? When does floating through the clouds feel passe? The answer should be never.

I spent the rest of the flight and the return flight pondering this lack of interest. The theory I came up with is that people don’t want to feel small. We get caught up in our lives and feel our troubles are as big as the universe itself. We create profiles and curate our lives to look a certain way. We strive to have control of our worlds with ourselves firmly planted at the center. We complain about busyness and expectations so caught up in our own whirlwind we are blind to the bigger picture.

In reality, we are just a speck. (Important and valuable and amazing – yes, but just a tiny piece of a puzzle larger than we can comprehend.) I concluded the majority of us to be too self-absorbed to bother with a great wonder of the world. It was disheartening.

Then the eclipse proved me wrong.

In a country where vacation days go unused people took vacation days to drive and fly hundreds of miles to gather in open fields. They wore unflattering glasses, took selfies, and posted them to social media. They oohed and aahed with genuine awe. They came together with strangers to share a collective what some would say holy experience. They became emotional and proclaimed it unforgettable.

The eclipse reminded us all of our smallness. And it felt good.

Not a one of us could’ve changed the alignment of the sun or the moon or the earth. The brilliant minds at NASA weren’t positive what would happen. This world is so much bigger than we are. The eclipse reminded people that we are not in control. With that, I believe comes permission to loosen the reigns a bit. We aren’t all as big of a deal as we’d like to think. Thank goodness for that.

What a lovely respite it was for us as a whole to come together with no one picking a side. The path of totality became one of unity. Joined in our simple humanity. Bonded through our minuteness. It seems clear to me that we should look to the heavens more often.