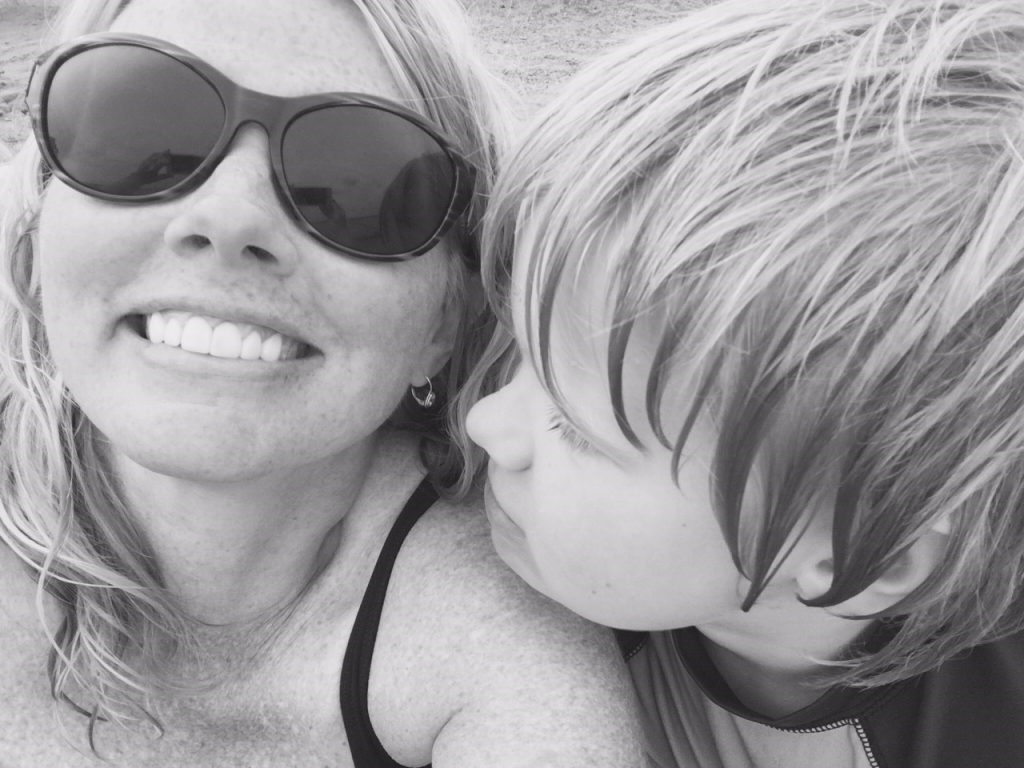 This post is one of my all-time favorites and was originally shared on Her View From Home.

For the last few months, I’ve found myself missing my five-year-old. Don’t get me wrong, I love him as the nine-year-old he is now, but oh five was sweet.

Five was full of possibility for us both. We got to have some time apart and gain some independence to step out into the world and figure out who we wanted to be. Then after some separation, we would have the best reunions. There were smiles all around and big hugs, too. Even at the bus stop.

At five his little hand could regularly be found in mine, despite the fact that other boy moms warned me this tethered privilege would disappear before the fifth birthday. That hand, often dirty, sometimes sticky, and nearly always warmer than mine would so frequently find its way into mine that it was just assumed that he’d never let go.

Little by little, he loosened his grip. First at school. Then at the store. And eventually, my arm just hung there. My hand cold.

It was heartbreaking at first. I miss that little hand and the feeling of connection. I miss knowing that holding my hand made my boy feel calm when the anxiety of new and unknown things threatened his sense of safety. I miss how he would squeeze my hand when he was excited to drag me on an adventure.

When he was five he adored me and I knew it. There were no attempts to camouflage or downplay his affections. That is no longer the case. I miss those public displays of affection. Affection now saved for home and even then isn’t offered as freely. Touch is one of this momma’s love languages, so that hurts a bit.

At five he was eager to learn. While he still has a thirst for knowledge, he is now also eager to be a know-it-all. An instant expert at everything, regardless of true knowledge or experience. Google and YouTube are preferred over books or Mom. For now at least, thankfully he still loves storytime, so I savor it before that too loses its luster.

So sometimes I miss five, but I can’t get stuck there. Because before I know it I will be looking back and missing nine.

I’m sure five had plenty of ups and downs and like so many things, we filter out the bad. It is easy to forget the daily struggle to leave the house because he hadn’t mastered tying shoes in less than twenty minutes and it drove me crazy. All of the good stuff eventually outweighs the rest.

While there are days when I feel like I went from parenting a little boy to a tween overnight and it feels like I was punched in the gut, nine has lots to offer.

Nine is asking deep questions and talking about real stuff. Nine is helping more. Nine is learning to cook. Nine is his head barely fitting beneath my chin. Nine is getting a glimpse of who he’ll grow into. Nine is once in a blue moon his hand sneaking into mine for just an instant or two when no one is looking.

I realize now that nine will be as fleeting as five and remembered just as fondly.