Love Thy Neighbor, Regardless Of Their Politics

Last week I was on a phone call with a client that I’ve done marketing work for. He had a project he wanted done and I’d decided it wasn’t something that I really wanted to take on (yay me for saying no), so I was going to refer him to someone I thought would be better suited to the task.

While I knew these two men were quite different, one a former hippie and one a Harley riding patriot, one had a need for a skill the other had. I knew they weren’t going to become best buds, but I was certain they could successfully work together. But then the client asked me, “Is he going to vote for Trump?” Not, what are his qualifications? Not, how long have you known him?

The question took me by surprise. I told him that I had never asked about his voting plans, but that it wouldn’t surprise me if he were a Trump supporter. The client’s response was as offensive as a negative campaign ad, he said he couldn’t work with the referral.

Someone’s political views should not be a job qualification. Can you imagine if we refused to work with everyone we didn’t agree with? If we rejected service from individuals who had different beliefs than our own? Not much would be accomplished in the world. 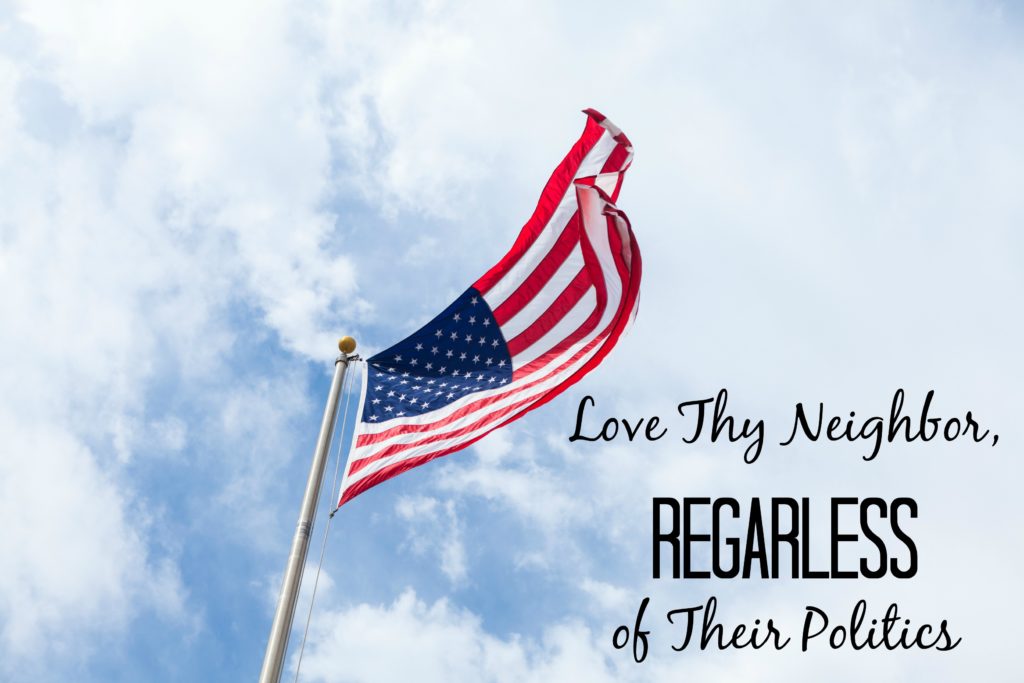 It is in the working shoulder to shoulder that we gain some perspective on where the other person is coming from. We may still disagree, but we garner some understanding of why they feel the way they do. We are likely to realize that we have more in common than we thought.

It seems obvious to me that the instruction to love thy neighbor doesn’t come with a disclaimer about what yard sign they display.

I suspect that my client and his former hippie self would proclaim we should all get along and yet his actions shout a far less tolerant message. He would argue that he is standing up for what is right, but it seems to me that he is the close-minded person he assumes the other man to be. Peace and love people, peace and love.

We are not red states and blue states. We are Americans. Americans who want a bright future for ourselves and an even brighter one for our children. For the most part we have common goals and shared dreams, we just disagree on how to achieve the end result.

Like many, I’m disappointed with our candidate choices. I see two people motivated by greed rather than goodness and it saddens me that we don’t have a future president to be proud of. For the first time I won’t feel good about voting. However, I refuse to shun anyone who doesn’t vote the same as myself.

This campaign season is finally coming to a close. Half the country will be unhappy come November 9th. The other half may not feel a whole lot better. But the only way this gets any better is for the blue and the red to blend together. Purple is a really lovely color.